Technology is not neutral 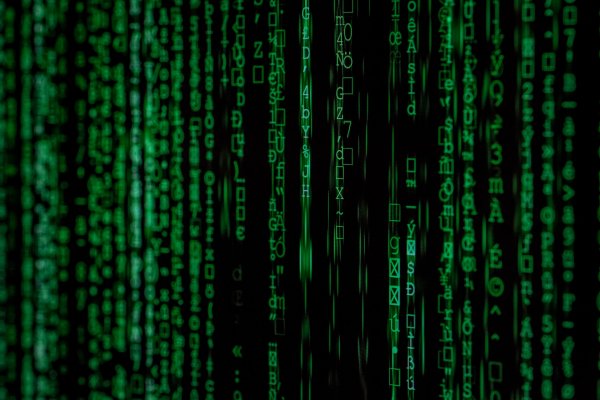 Recently I've found myself repeating the phrase "technology is not neutral". Today I've followed the synapses to try to explain what that means to me.

We are humans, with morals, needs, ethics, beliefs, skills, experiences and agency. Why do we leave so much of that behind when we become engineers or technology users?

One thing I've noticed as a software engineer is that I get a buzz out of solving problems. It gives me a sense of achievement and I often receive feedback that my work is good, approved of and has helped someone. I understand these conditional rewards will be causing dopamine releases in my brain - will it work? will they like it? - just like the phone notifications (good news? bad news?) which are designed by psychologists to hold our attention while they show us ads. We've evolved to react to dopamine releases by wanting to carry on doing that thing to get more of them.

It also gives me a sense of status and self worth. At best, this bolsters my dignity. At worst I start to believe my own hype and forget that dignity comes from being a human and therefore of equal worth to other humans.

Much of the work requires a certain type of reasoning which develops over years. Like any speciality, it separates us from others because we're dealing with abstract concepts that quickly become hard to reach for others. (Oh great! Recursive CTEs and windowing functions have landed in Debian Buter's MariaDB SQL engine! - there's only a select group of people you can say this to!)

Often this distancing is welcomed by those outside the field who are quite glad there's someone they can trust to take that work off their plate; they can give up trying to understand it. So we become "tech wizards" or "IT gurus" and other such names; coctails of flattery, other-ing and abdication of responsibility.

Anyone who has joined a workplace and could get the printer to work will know how easy it is to accidentally become the office "IT expert". Because it means others don't have to figure it out, they can leave it to you! So you figure the phones out too, and before you know it your job description gets updated.

In order to do our work as engineers, developers, implementers etc.  we have to put a lot of thought into our specialism, this rewards us by deepening our skills and firming up our role as expert. In IT, this also means you can charge a lot for your labour. So we're a privileged group. Not saying it's easy or that good jobs are easy to come across, but privileged nevertheless.

And because our work is necessarily abstract and we're so focused on the work within this abstract environment, there's a risk that we forget the bigger picture. 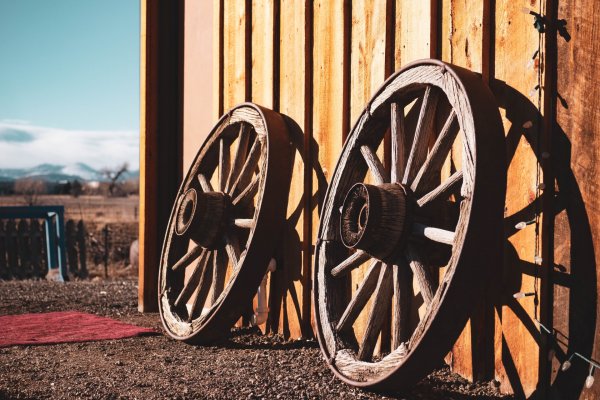 "Woo hoo! We've made faster wheels" (for the vehicle headed for a cliff).

Capitalism and neo-liberalism benefit and reinforce these risks. You're paid to make good wheels. You have no role in asking who is buying or what they will be used for because we're encouraged to see ourselves as providing tradable units of product and service.

A lot of people get scared or turn off when you criticise capitalism, but please bear with.

By referring to capitalism here I'm meaning specifically that the pattern above continues in a chain. The engineer makes a good wheel, someone else creates a vehicle, someone drives it and everyone is taken along on the ride. Who drives it? Ultimately shareholders who make money not by earning but by lending money they already had (or worse, risking money they borrowed) solely on the basis that they will get more money back.

This last part is so essential to the functioning of the system that it requires structures and laws in place to protect it.

So we have companies able to act legally as persons. And they have fiduciary responsibilities, as anyone who had ever worked trying to persuade companies to take an ethics-based decision will have found out: these rules mean a company cannot take a decision which will negatively affect profit. Quite sensible from a protecting-the-system point of view, but the protection is one way. It's Black History Month, so let's not forget a chilling echo of this is found in the compensations paid to slave owners when enslaving, trading and owning other people was abolished. The system protects the wealthy by treating each person in the chain as (only) a functional, disposable unit with limited boundaries of individual agency.-

Neo-liberalism takes this to a macro scale. It's the pursuit of an ideology that this market is the only thing that matters, and involves setting laws to prevent governments interfering with this model across the world, reducing the friction for market access, reducing or eliminating boundaries for capital. It means a country's water can be privatised so it's people have to pay a US company for their daily needs. It means governments are taken to court by giant businesses for trying to put in place legislation to protect the environment, human rights or the health of its people. It aims to erode the power of governments (democracies or otherwise) in favour of big companies. Such that many companies, tech companies notable within them, now have greater power and wealth than entire nations.

The climate emergency has been created by this process. Nobody has looked up to see where we're headed, or rather those who have raised their voices - those on the front lines of climate change who have already lost crops, land, houses, health - have been silenced; and those who would be their allies have been told to know their place and stop being difficult by those who hold the power. Inequality is rocketing.

Back to technology then.

So there are massive forces against us when we try to bring our whole selves to our daily life and work. Those selves with beliefs, morals, needs beyond cash, visions, hopes.

None of us individually can change the world, but together we can. To do this together we need to communicate our thoughts about things that are beyond our specialist skills. We need to look up, to wake up, listen and not to continue to stand by.

As engineers, we cannot just make good wheels, we must share the vision, and responsibility, for where we're headed.

We must become aware of our complicity - the things we do that perpetuate and further the problems we (or others) face. We must understand our privilege, not to spend the rest of our lives wringing our hands and feeling guilty, but to understand our biases and how we can help others up (e.g. by stopping holding them down).

We must be vocal about our ethics and ready to resist, to question.

We must look for new ways forward that are fairer, more democratic, more sustainable, more helpful.

We will fail and fall, but we must get up. Not everybody has the choices and agency we have.

I recently wrote about why I refuse to use Amazon SES for sending emails. It's a choice I could make, not to further their crushing monopoly, because I can afford to use alternatives. This doesn't make me good and someone who feels they have no choice bad. I use plenty of other terrible services because I feel I have to. And Amazon won't even notice the miniscule revenue they've missed out on. But by speaking about it I hope to raise awareness, show others it can be done and call Amazon out for what it is doing to our world. 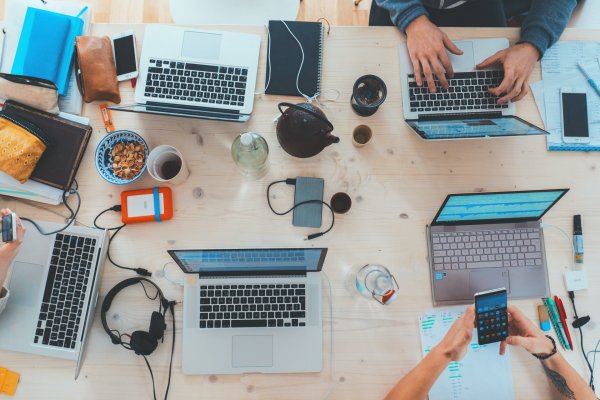 Many tech communities, especially in open source, are made up of people who care.

My call is to these people: your skills are needed and valuable to helping steer us towards a fairer and more just world, but we have to be willing to bring more than just our engineering talent.

These are my ideas. What are yours?

Thanks for the post. I think the role of capitalism is unavoidable - particularly since many of the left-leaning technologists are striking it out as consultants or members of small tech coops. While I'm salaried now, I spent 6 years as a broke tech consultant who had to make daily decisions on how to run my business. The adage "Nobody ever got fired for choosing IBM" applies more then ever now. When you go out on a limb with a more politically forwarding thinking technology and it fails, you are done. If the Google or Amazon or Salesforce or whatever corporate technology fails, everyone without question just shrugs - nobody blames you. If we weren't living in such a cut throat economic times (especially in the US, where health insurance makes being a consultant really dicey), it would be easier to live your priniciples. But, the economic mess we are all in forces us to recognize our privilege and, on an optimistic note, give us an opportunity to make a real sacrifce for what we believe in.